After a significant project involving making Small Improvements responsive, we came up with some UI ‘rules’ that we in the design team or (‘UI Taskforce’) agreed upon. The longer we worked on this refactoring and ‘cleaning up’ of the app’s style, the more we realised the importance of (finally) having a Style Guide. 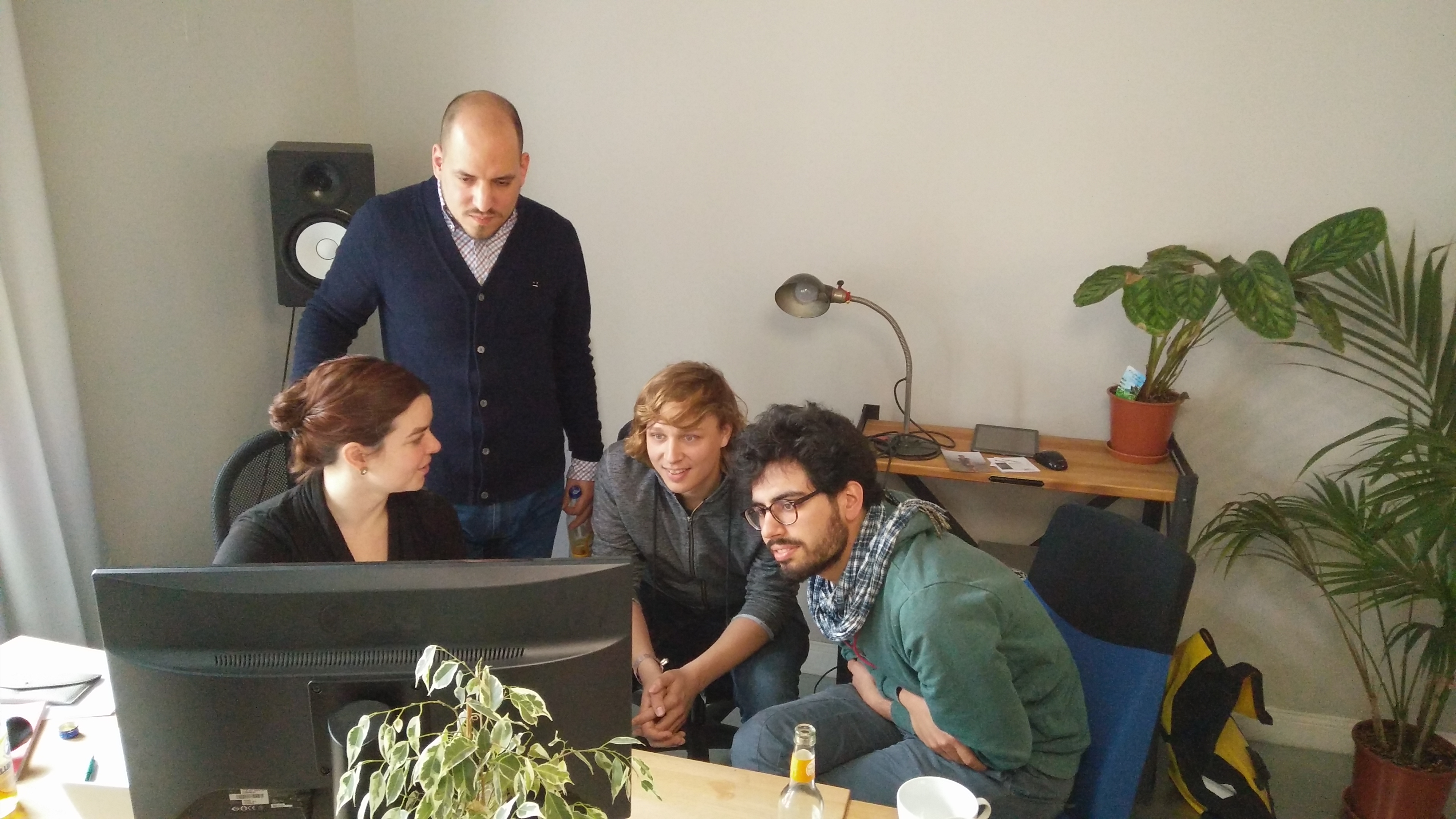 The UI Taskforce! Adrienne, Kristof, Kolja and Timur. (I took the photo).

At Small Improvements, we often have the front end developers implementing UIs faster than we (the design team) can keep up, so it’s important that they can access this guide.

A guide, a bible or documentation?

Given that we’re still a small team with plenty of feature-related projects on the go, I had a few concerns about taking on a project of this magnitude. There was fear of it becoming ‘half-finished’ project, something that gets outdated quickly, or even something that gets lost in technical implementation details. Out-of-date documentation is almost worse than no documentation. In considering the scope of this project (at least for the first iteration), I had to draw the line somewhere; Was this going to be simply a ‘guide’, or a definitive ‘UI bible’ with all the rules? How far would I take it and should we be creating Bootstrap-style documentation, complete with code snippets and workable examples? I also came across Lonely Planet’s awesome ‘Rizzo’ style guide, and felt very jealous they had the time (and resources) to do this, but hey… we’ll get there

I decided to start with focusing on making a ‘User Interface Element Usage Guidelines‘ page, as these were the most important rules to communicate to the Front End developers. We still called it a Style Guide, as it rolls off the tongue a bit better – and that’s where we’re hoping to end up!

As is the case for most projects at Small Improvements, we took an iterative approach and started with a small MVP and plan to progressively improve it.

Before worrying about any implementation details, I wanted to focus on the content and structure of the Style Guide, so we would know the general direction in which it could grow. Starting with a Google doc, I wrote some basic sections and headings to create the ‘skeleton’ that we would later ‘flesh out’. For the first iteration, we’d only focus on a few certain areas of the skeleton.

What guided the decision process of choosing which areas to focus on was generally this question: “What new rules have we decided on, and are they implemented consistently across the app?”. Sadly, there have not been a whole lot of style aspects that fit into this category, but it’s also a good thing because it meant this skeleton only had a few parts that needed to be fleshed out right now.

Conclusion and “Where it’s at”

Currently we’ve got the MVP done – and it’s being added to ongoing. There’s still plenty to improve with the layout, but the ‘skeleton’ is up there and able to be fleshed out as we go.

As a ‘UI Guy’, I’m really excited to have the Style Guide started and have a central place where we can really solidify our UI rules. I think the actual process of writing and documenting the Small Improvements style will help with creating a more consistent, sleek and polished UI. 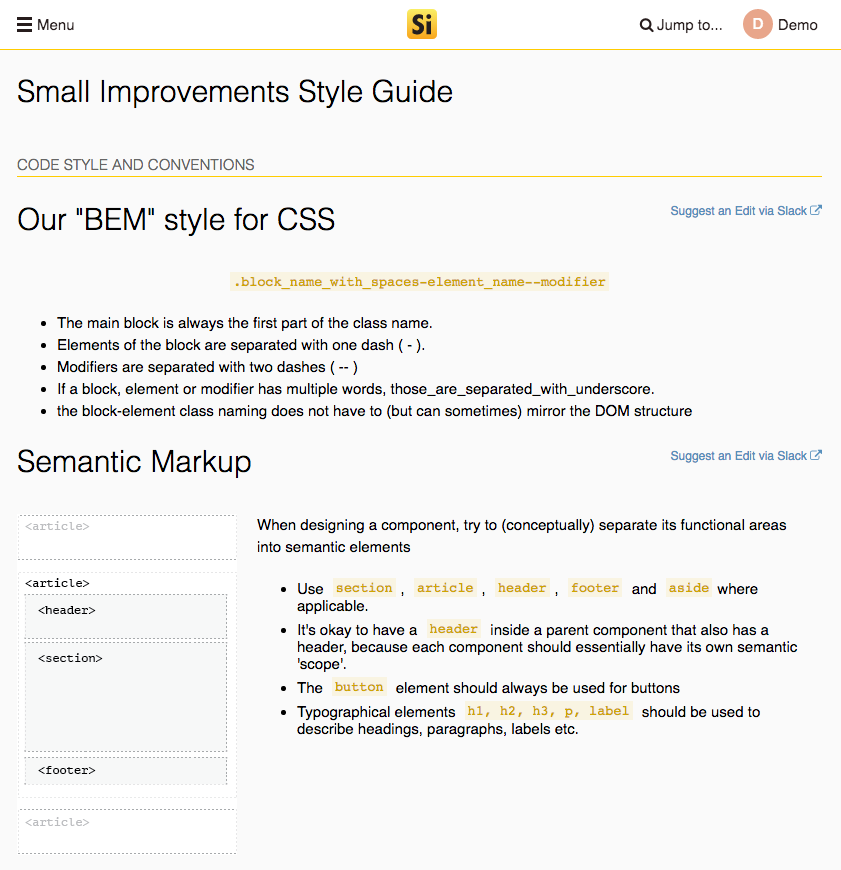