Small Improvements conducts Hackathons every few months which usually involves two days of hacking on an experimental project. Hacking doesn’t imply that it’s a “developers-only” affair either; other departments at Small Improvements like Customer Success and Marketing also get a chance to get experimental too. Hackathons usually give us a chance to really get creative about novel concepts and ideas for the product and company. It is about coming together as people to grow as a team – something that we at Small Improvements value as an important part of internal culture.

From Hackathon to Ship It Week

Being creative with innovative ideas is great, but how would we actually Ship It? We introduced the Ship It Week as new concept to extend our occasional Hackathons from 2 days of hacking to 5 days more serious hacking! In the first two days we had our regular experimental Hackathon, but afterwards had to decide which projects were feasible to “ship” until the end of the week. In the context of a feature in the Small Improvements feature, ship would mean: going live for customers! 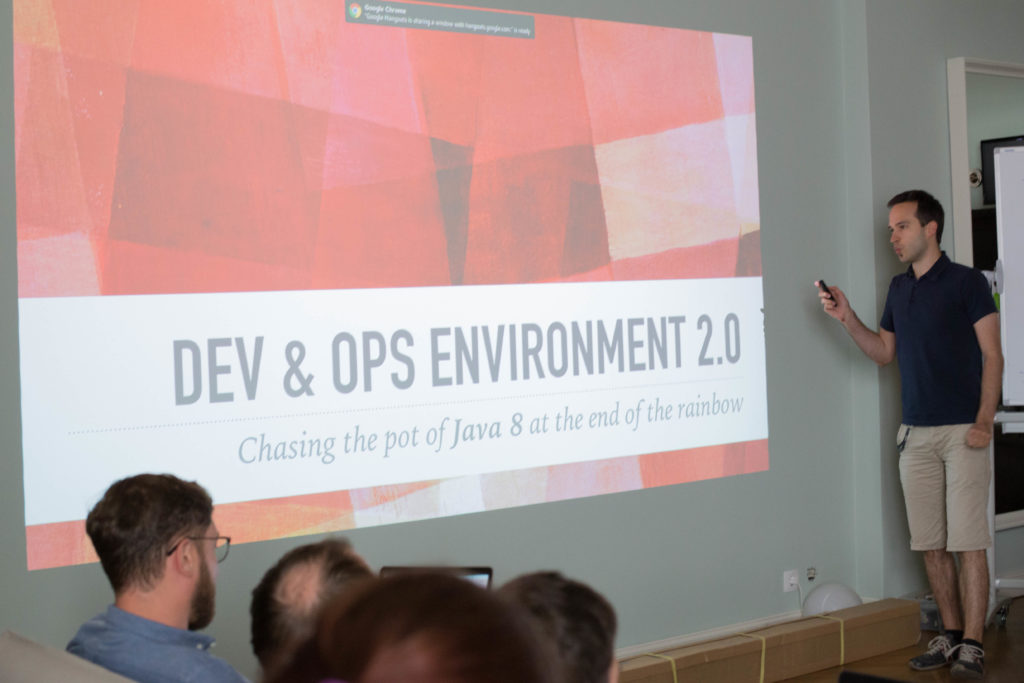 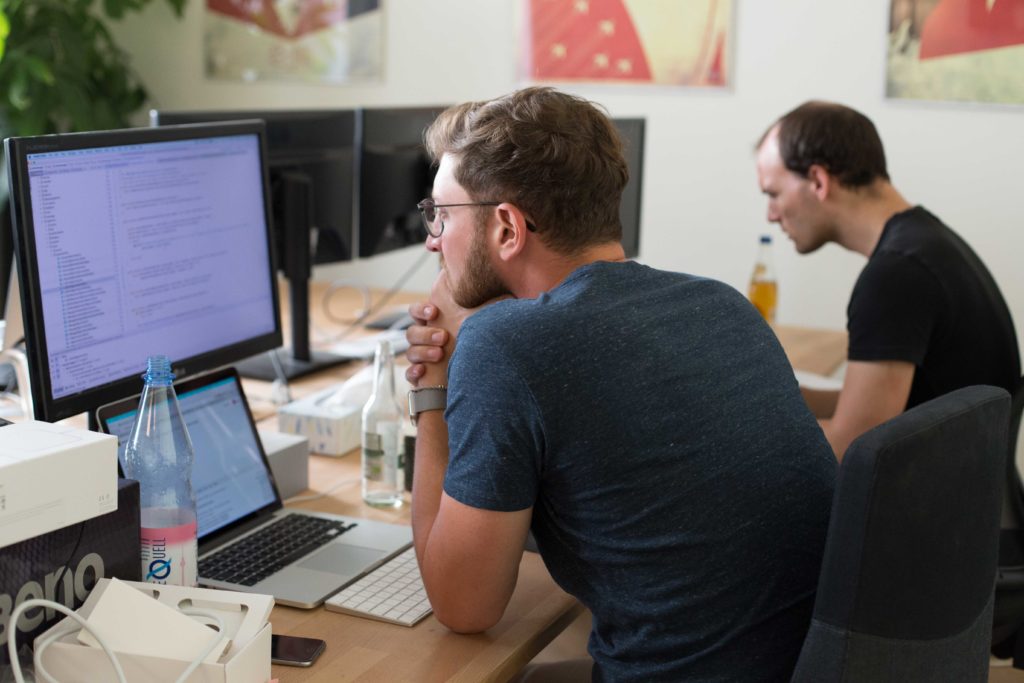 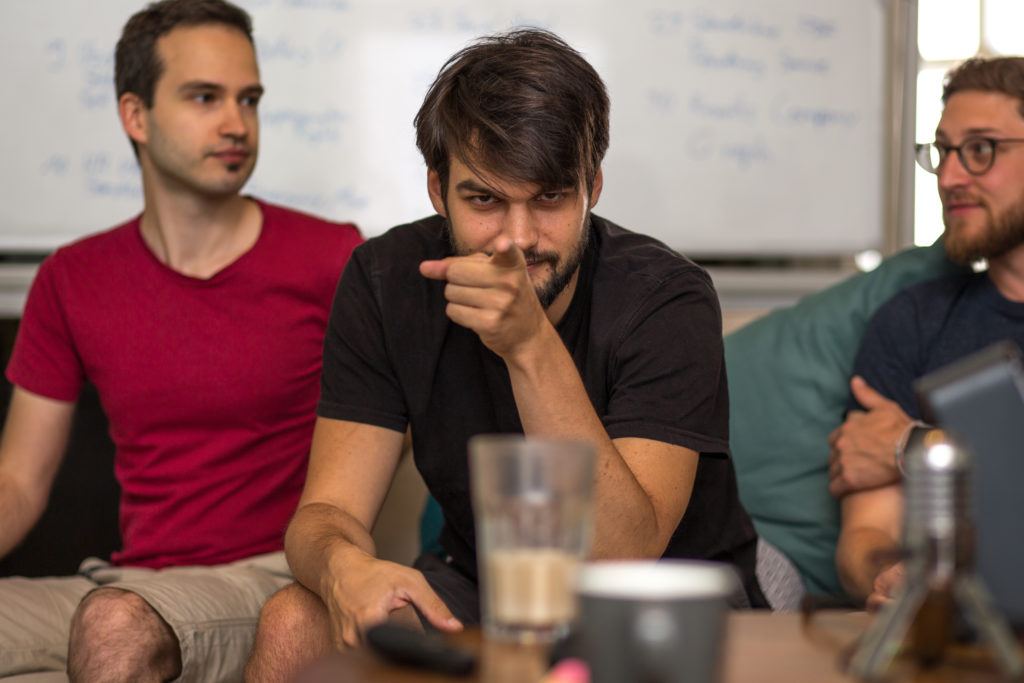 How we did it! 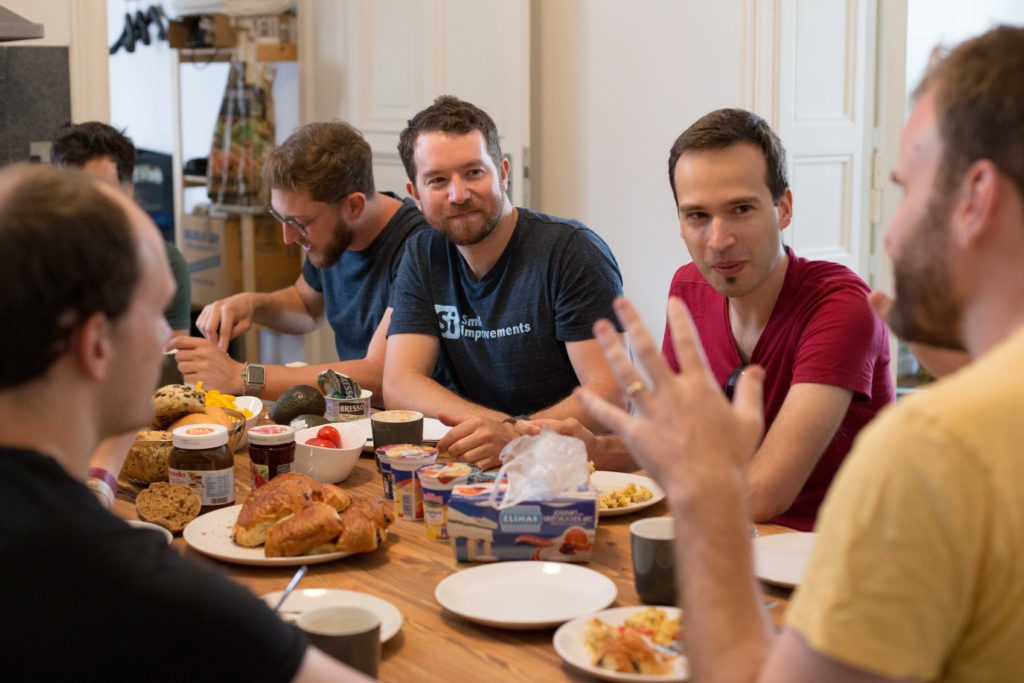 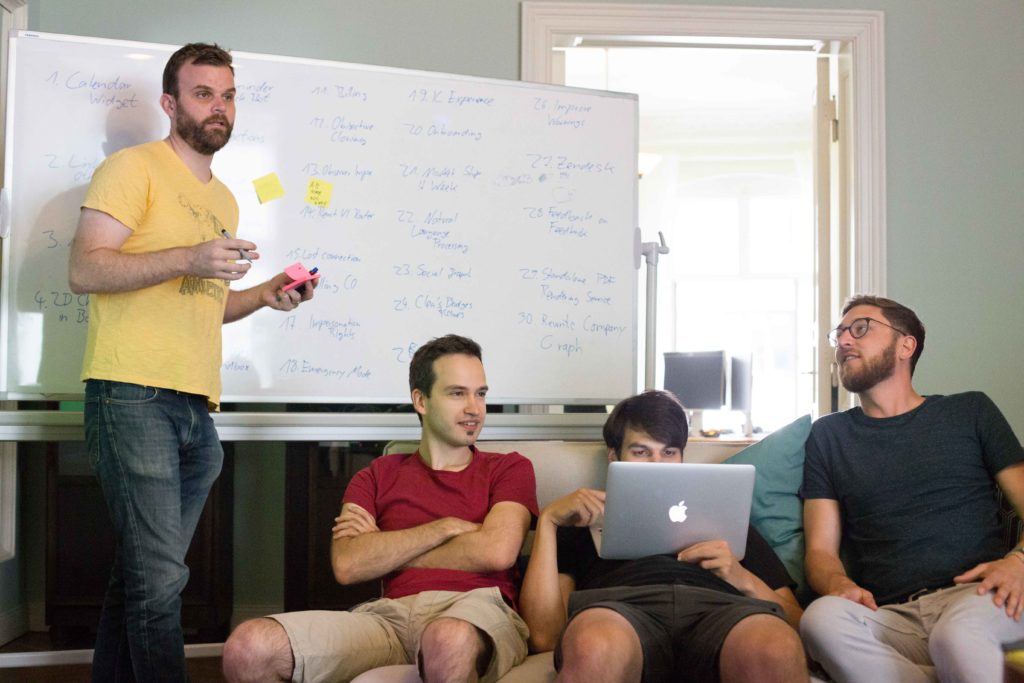 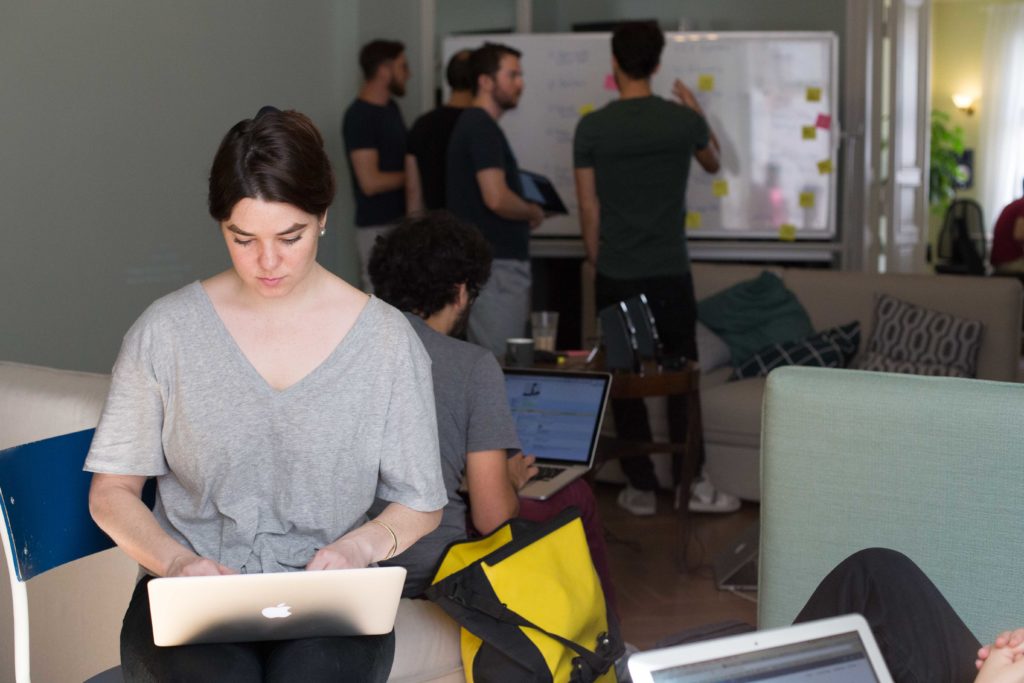 Teams were generally made up of a mixture of people who didn’t usually work together. The team size varied from 2 to 4 people and included developers, but also marketing and customer success people. In cases where one person wanted to work on a particular project, but nobody is they were able to decide to join another team or have a solo attempt.

The week was full of discussions regarding ideas, concepts and implementations Some ideas were on paper, some floated around the office in collaborative discussion, and others got ‘visual’ on the office whiteboards! Fortunately we had several of the latter spread across the office to brainstorm shippable projects. 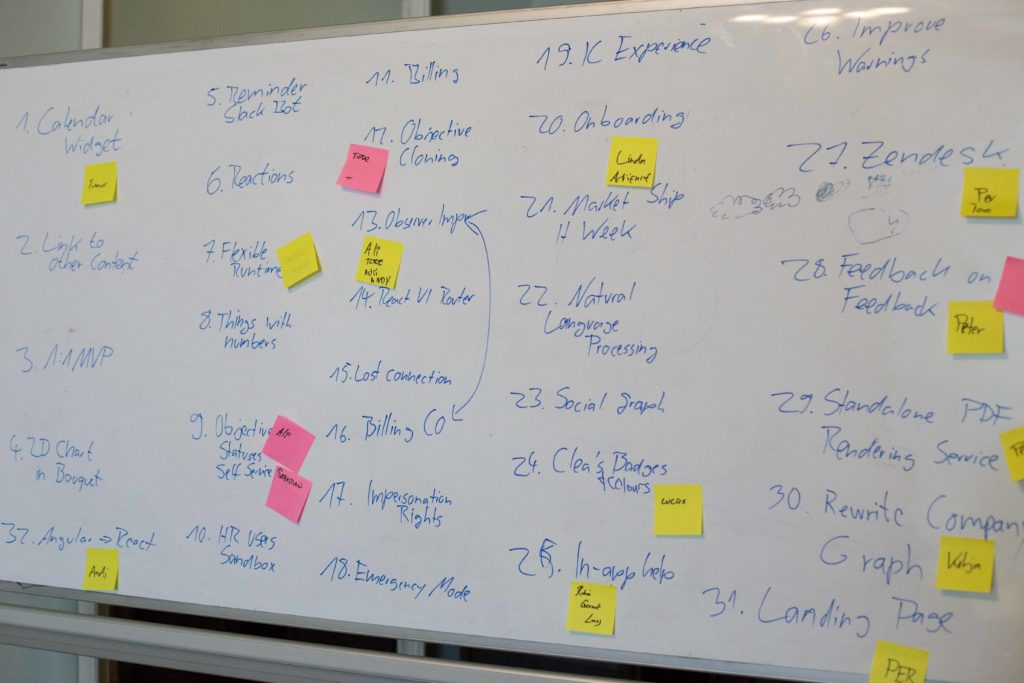 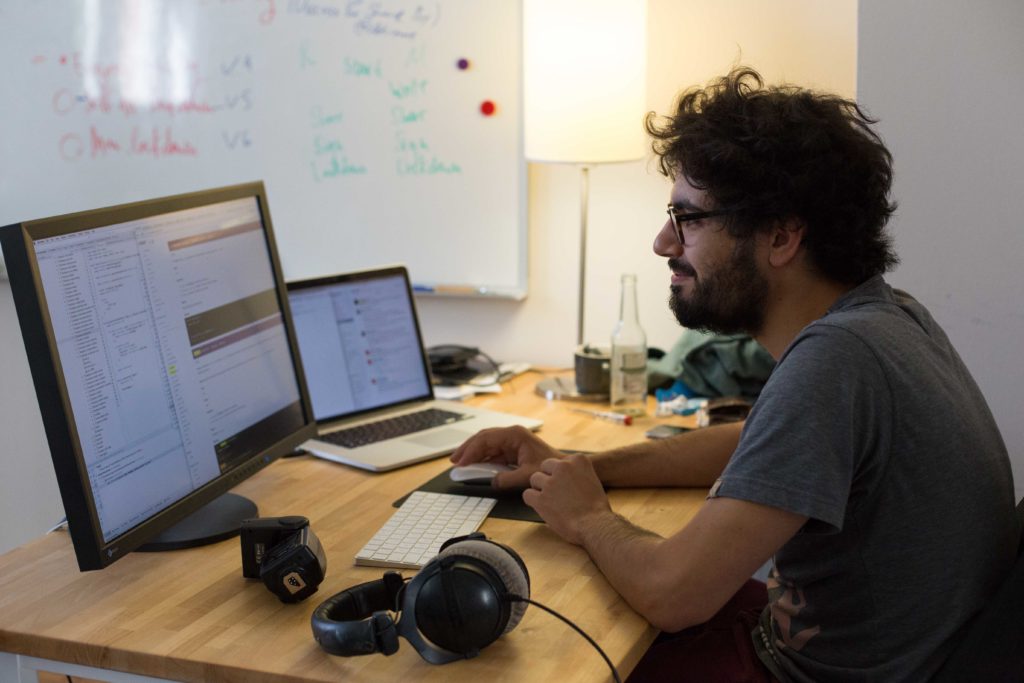 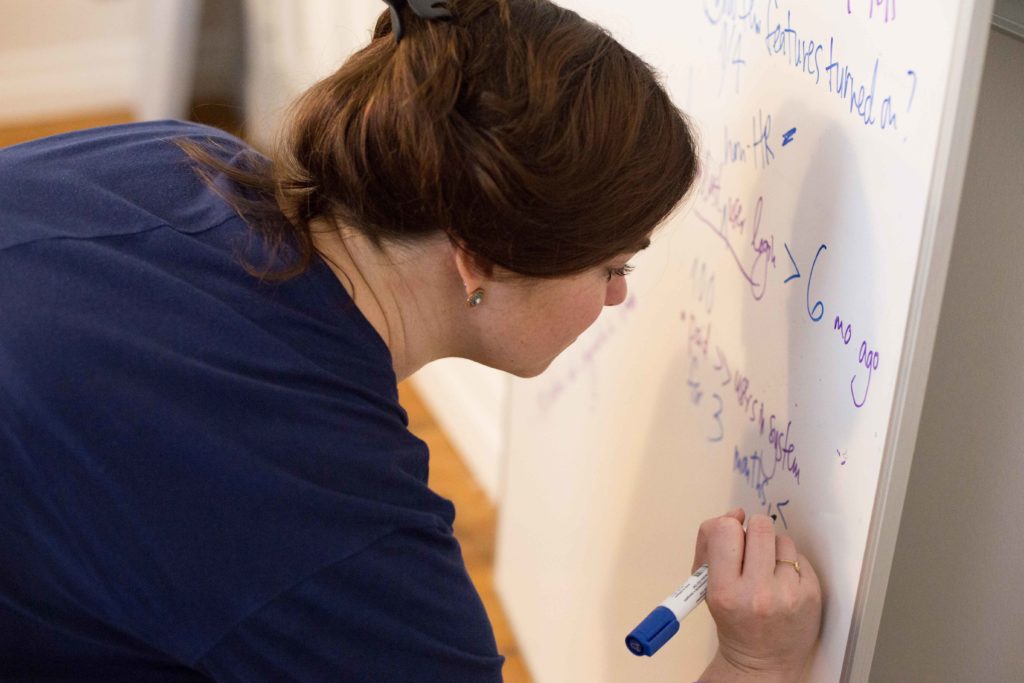 In the evenings we arranged to have some food together – mostly ordered in and devoured at the office. Drinks followed afterwards – we keep our fridge filled, with a great mix of alcoholic and non-alcoholic beverages! 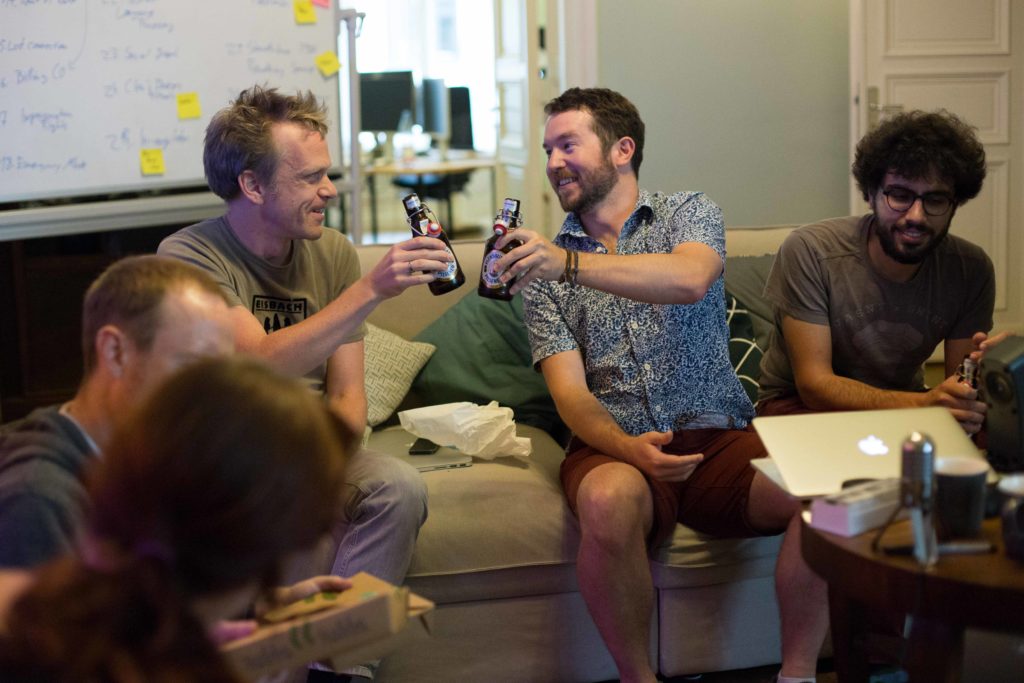 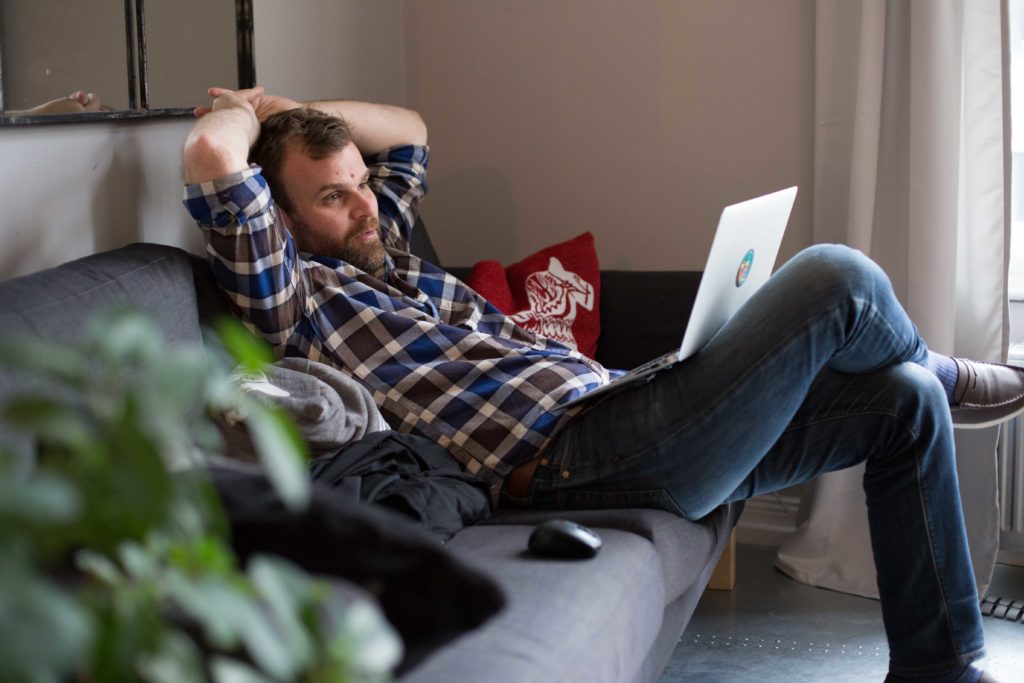 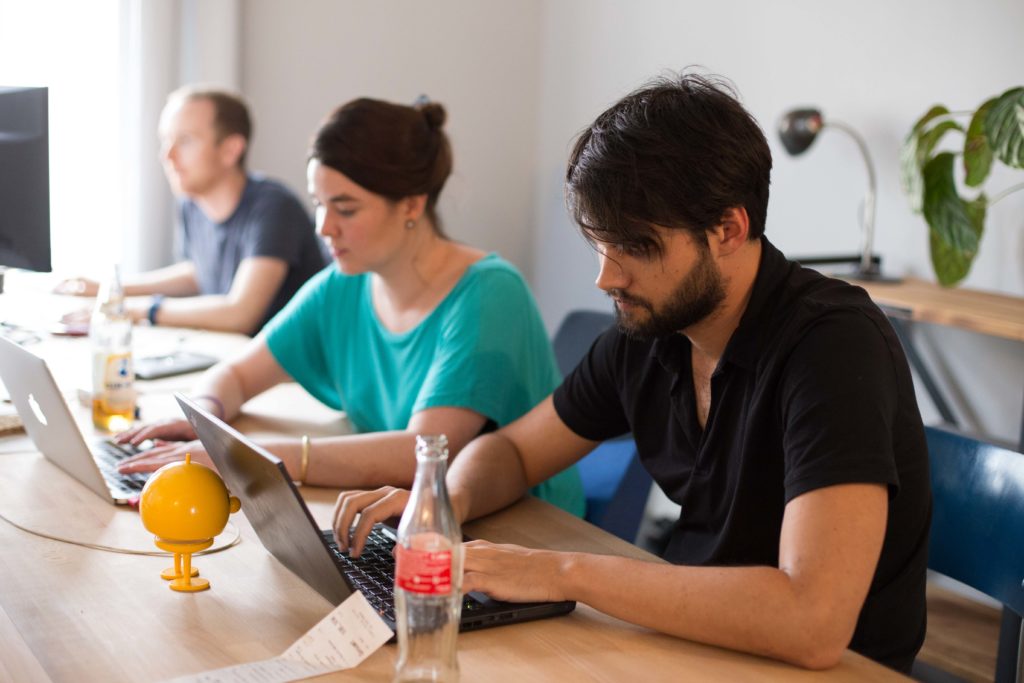 Since we have staff spread throughout the globe, we connected everyone via Google Hangouts in the evening for presentations. Sometimes we even eat together over the internet! 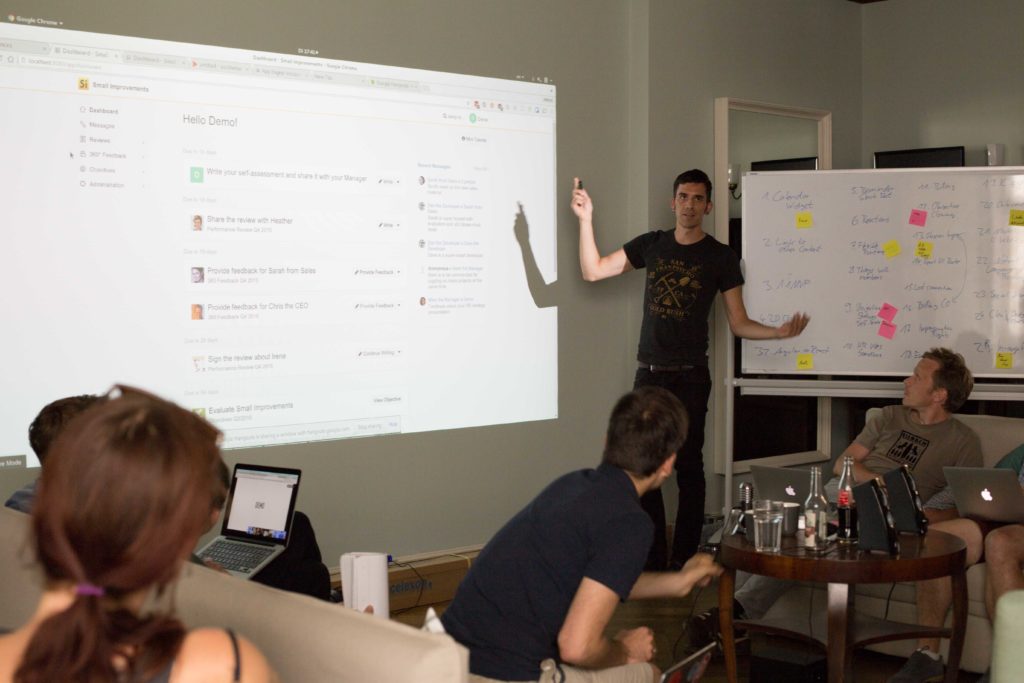 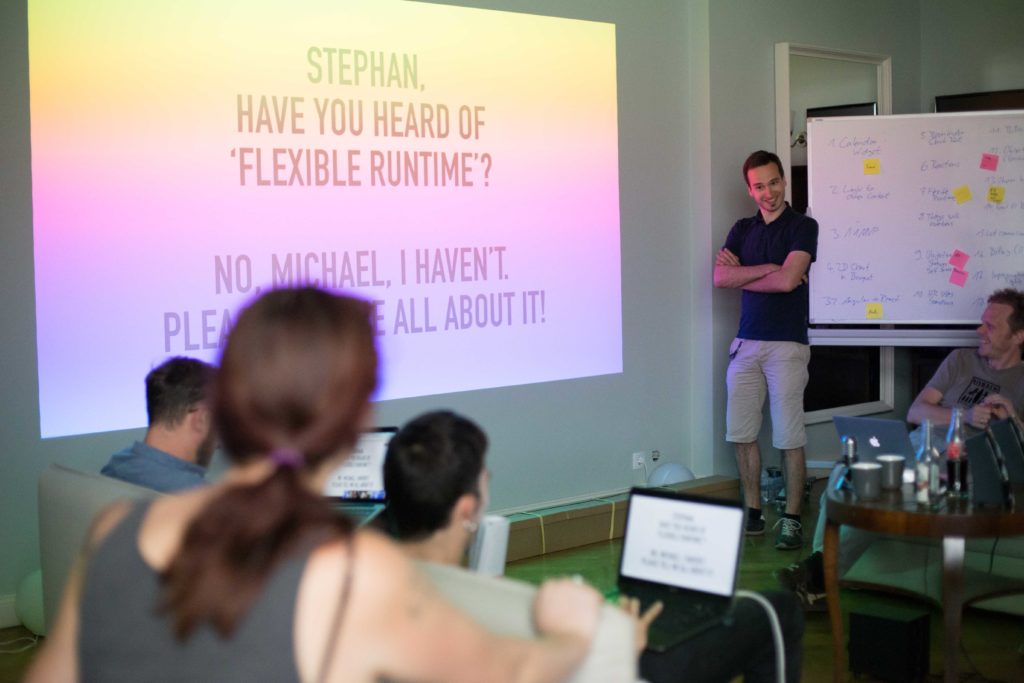 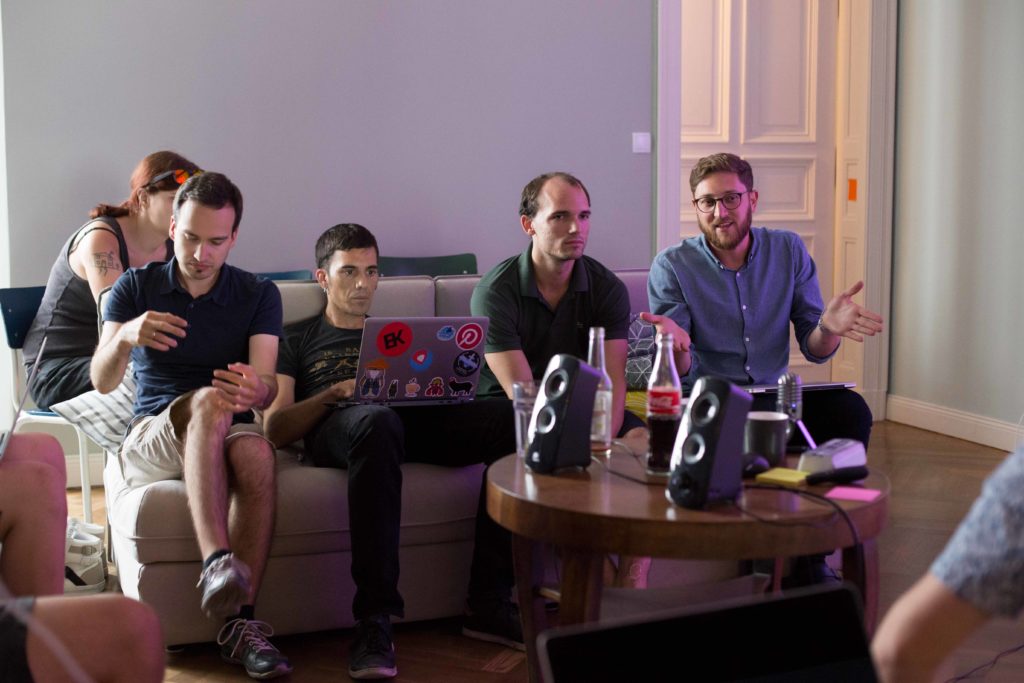 We used Trello to collect our ideas; later on we added more lanes to move our projects to the ‘Shipped’ status. By Friday, some projects were already shipped! One project improved some of our internal infrastructure to provide a better Customer Success experience and another focused on freshening up the color scheme and updating objective icons and message badges within Small Improvements. You can read more about these changes in our recent feature release blog post. Two other projects improved objective cloning and introduced guidance in Small Improvements. 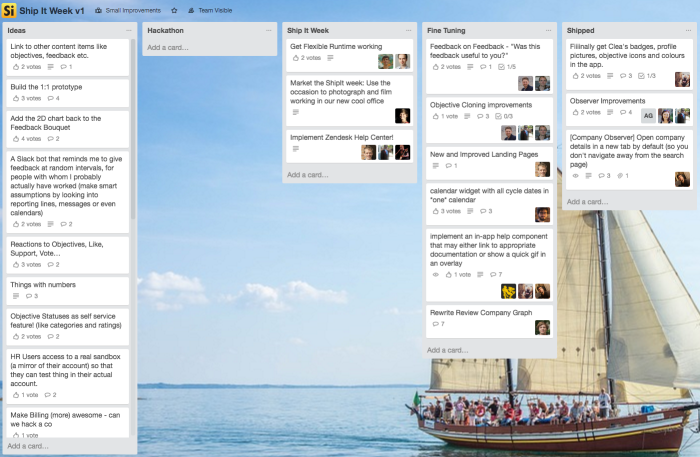 Watch our little interview of Lucas, one of our UI/UX designer, and his project:

The team spirit at Small Improvements is always great. Everyone helps out and even though there was lots to organize for the Ship It Week, you’re never on your own.

From a product perspective, our first Ship It Week helped us a lot to realize some smaller projects that had been on our plates for a long time. The feature roadmap at Small Improvements is always filled and a Hackathon always gives some time to work on something different.

Since we already had Hackathons at Small Improvements, we were used to only tackling single projects over a couple of days, but for the Ship It Week we experienced something different: 5 days was enough time to slot in several mini projects as a team.

Personally the Ship It Week was a new challenge and opportunity for me to grow not only in my profession as an engineer, but also to grow in my soft skills by organizing an eventful week. Last but not least it wasn’t me alone. It wouldn’t happen without such great people around one to contribute to a great Startup culture!