I bet you’ve heard about the awesome Atlassian Hackathons (“ShipIt days”), which regularly influence the product roadmaps. These hackathons last roughly 28 hours, and end with presentations to the entire company – voting and plastic trophies included. That’s all great if your team consists of 20 or more developers. But what if you’re only, say, 4 developers, and only have limited time?

We took a shot at it anyway, and conducted a mini Hackathon with a twist! At our recent all-hands meeting in New York, we hired a room in a co-working space and sent 4 developers and 4 non-developers. We kicked off with a brown-bag lunch at which ideas were discussed: 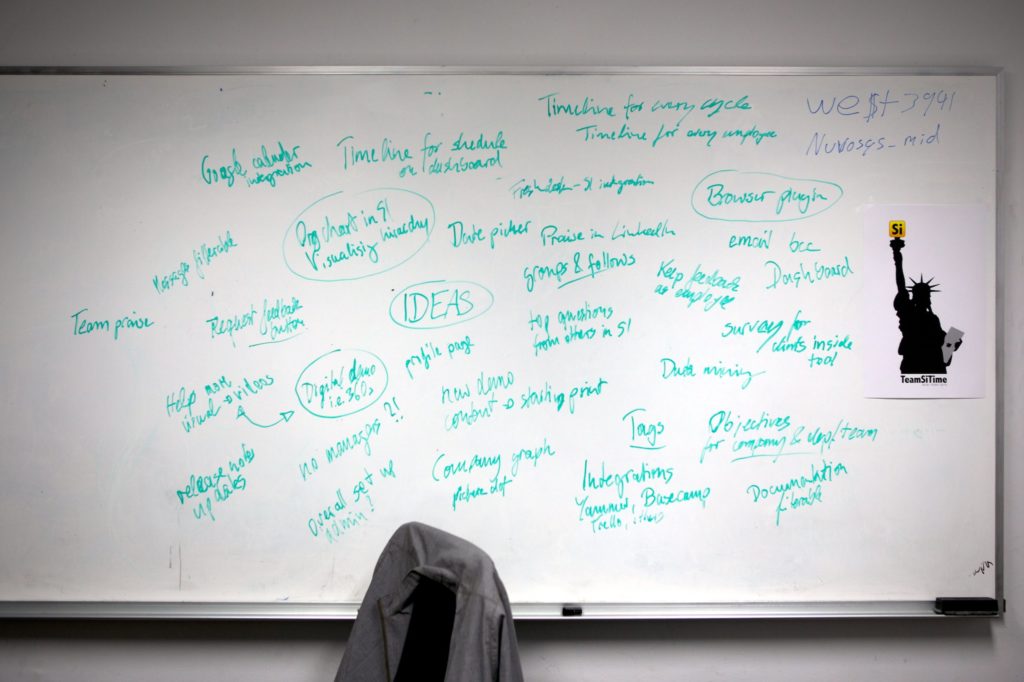 Afterwards, the team split into 4 pairs, one developer and one non-developer each, and worked on one prototype for 5 hours.  The developer coded away while the non-developer considered how to “sell” the idea to the rest of the team, while taking the customer perspective all the time. Five hours later, the presentations were a huge success, we managed to build four really lovable features in minimal time. 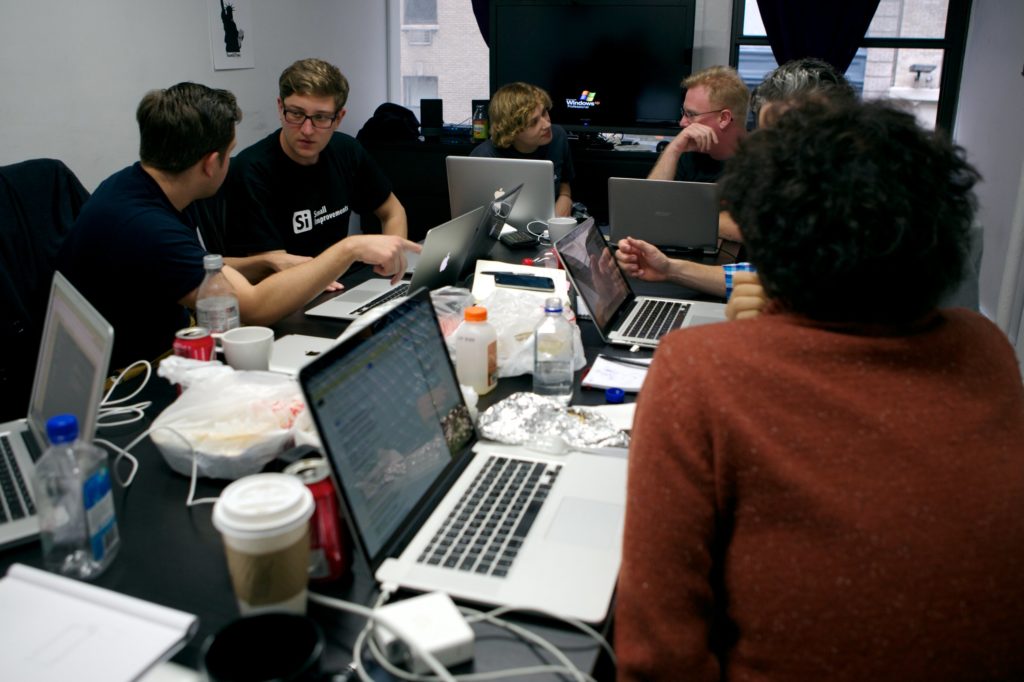 Admittedly, a hackathon this short didn’t leave enough time for technical experimentation, so a “proper” full-day hackathon is still high on our roadmap. But in summary, the extreme time pressure worked surprisingly well, and also left enough time to head out to Halloween parties in the evening 🙂

Browser extension: Allows you to see your tasks from within Chrome, and allows you to post messages or take notes without having to access the SI website 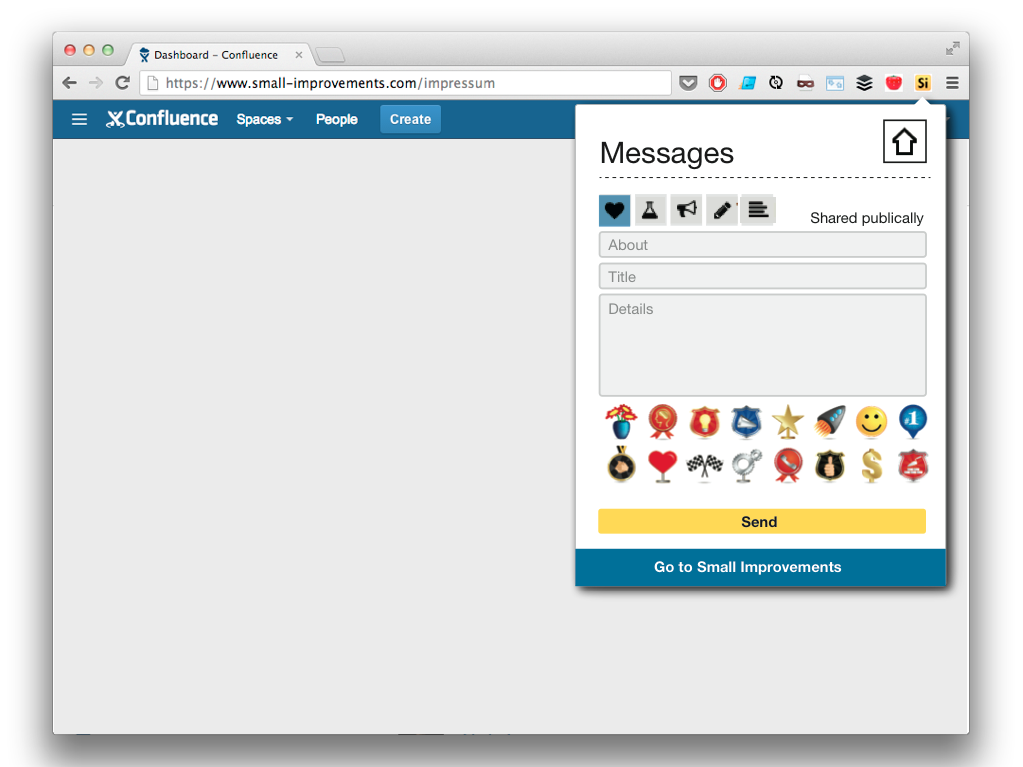 User skills tagging: While writing a review or visiting a user’s profile, tag them for their skills, creating a nice skills database over time

Employee OrgChart: In addition to our “flat” user directory, we wanted an org chart that does actually work 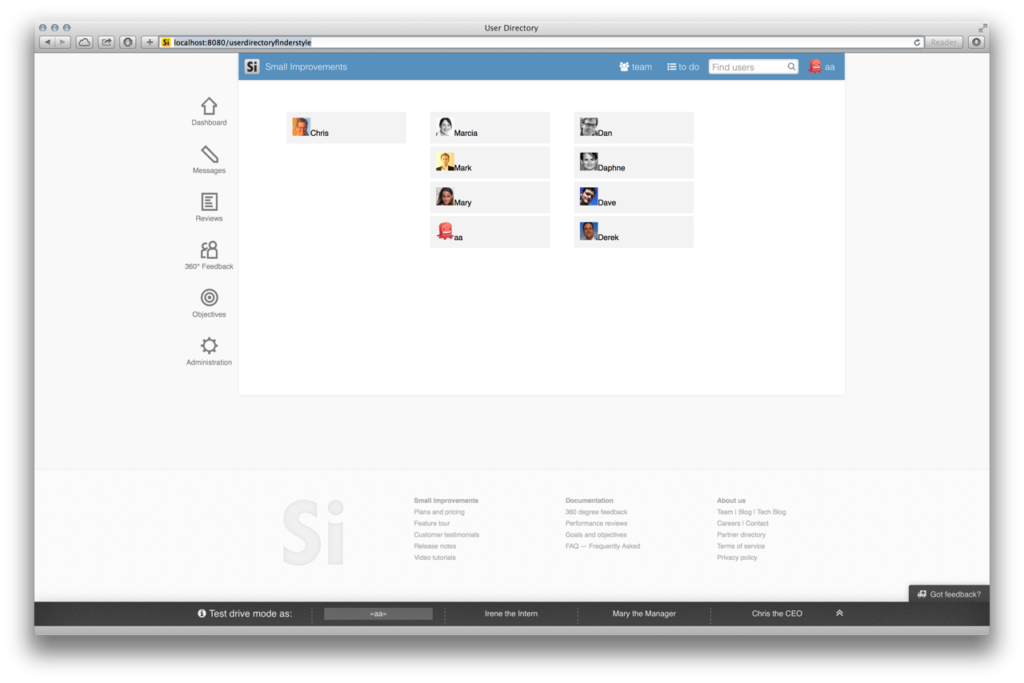 Tutorial Academy: Implement “to do” items that guide you through Small Improvements 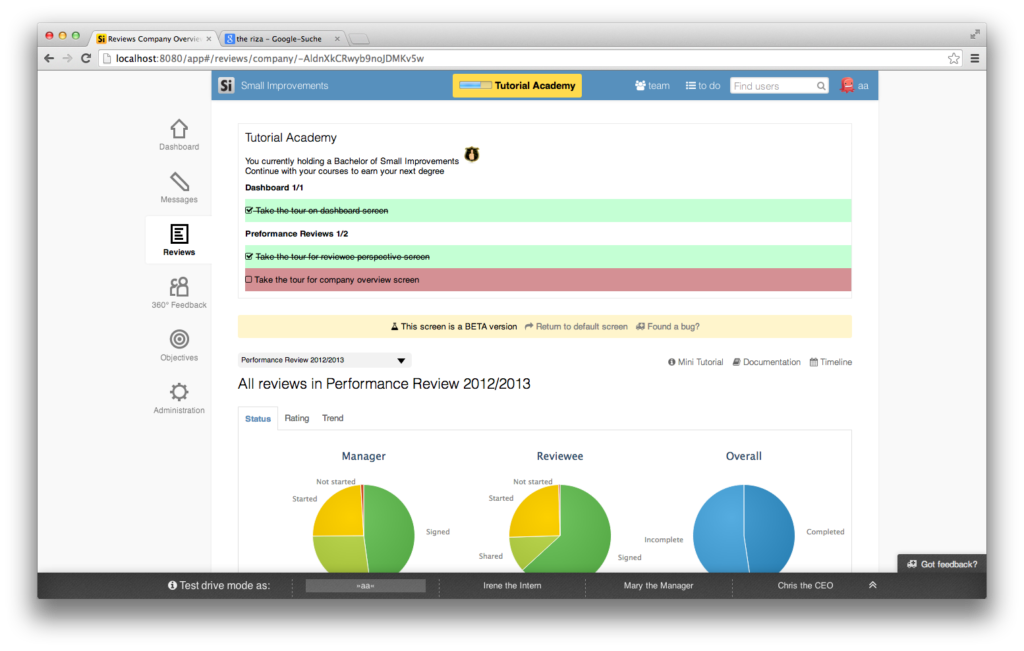 None of the prototypes are ready for deployment, but personally, I’d love to see all of these in the product really soon!

Today we’re excited to announce a new makeover for the Small Improvements application; a new …