We, Kolja and Timur, attended the jQuery Europe conference in Vienna, Austria this year. We met Sebastian Helzle who used to be developer at Small Improvements about a year ago and contributed a lot back then. The baroque location was breathtaking; the Gartenparlais Liechtenstein (Liechtenstein Garden Palace) is spectacular, especially the room were speeches took place (»Vienna´s largest secular Baroque hall«). In the lobby there was big-ass carriage standing around. Impressive from distance and when you came to close always the alarm would start and a security came and asked you to keep distance… 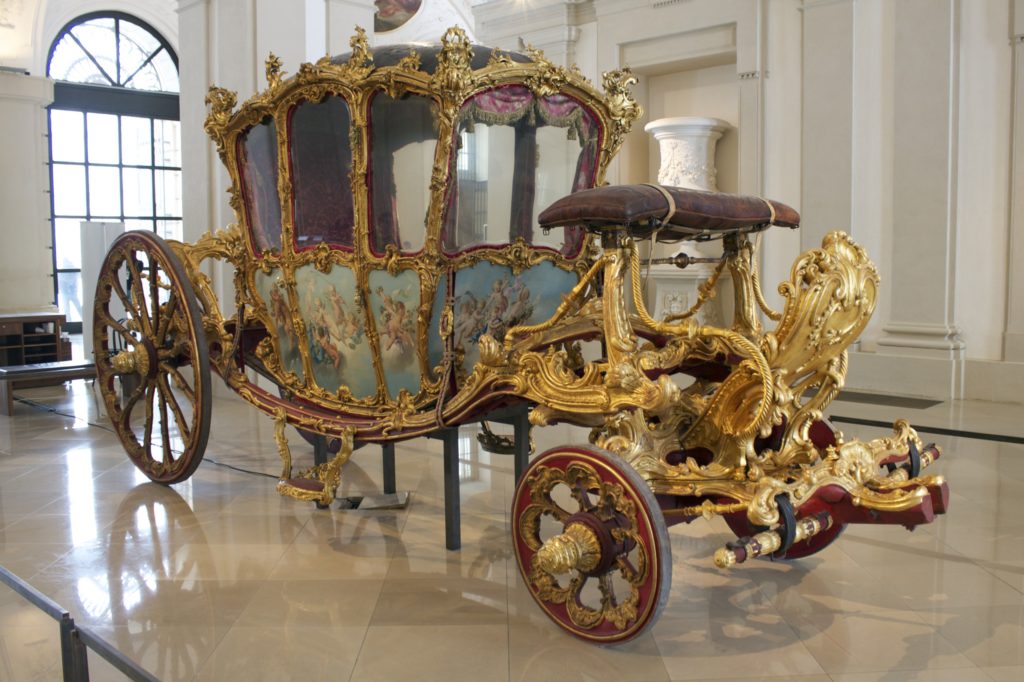 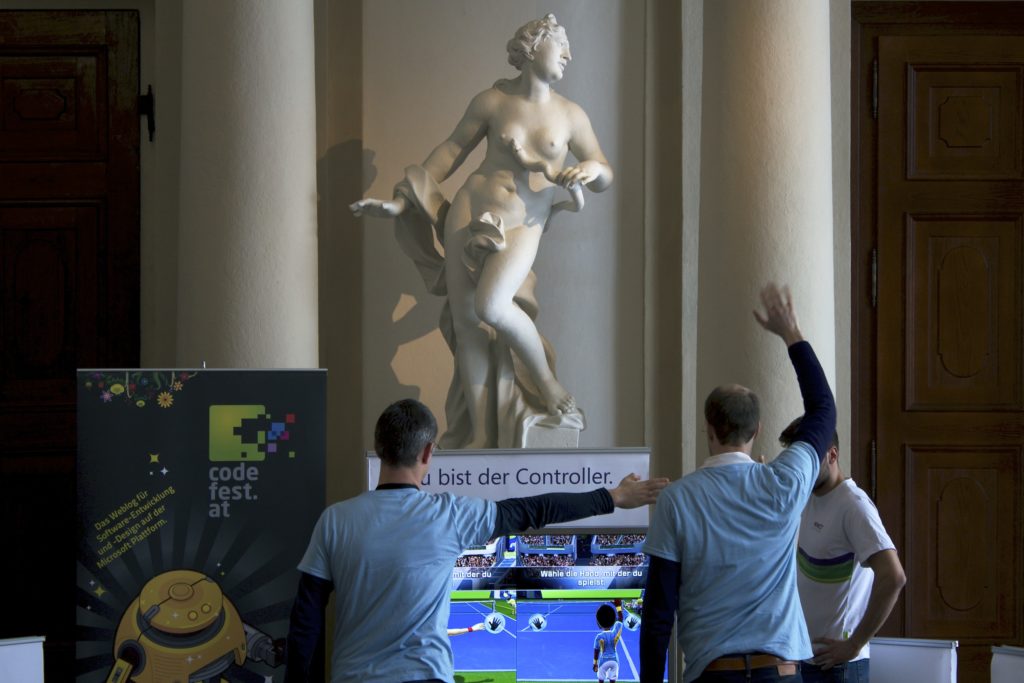 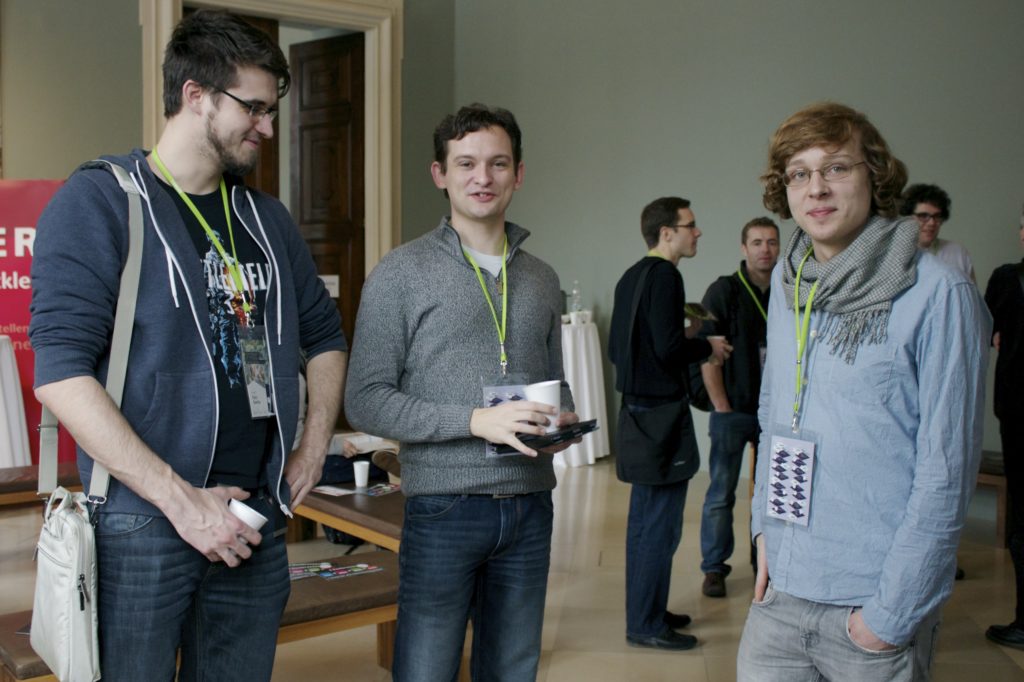 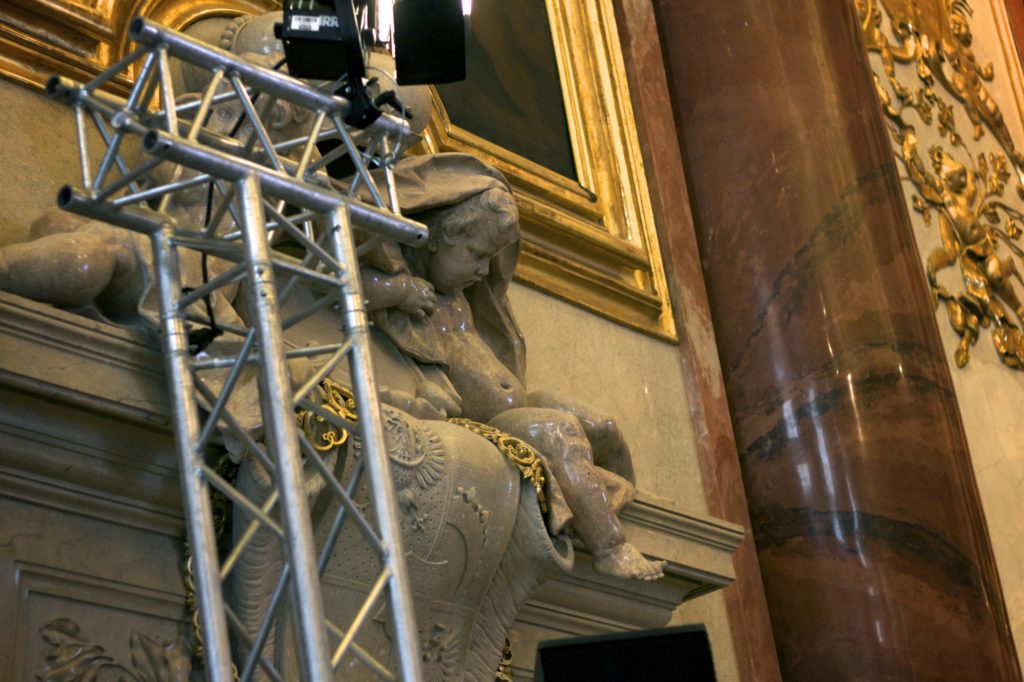 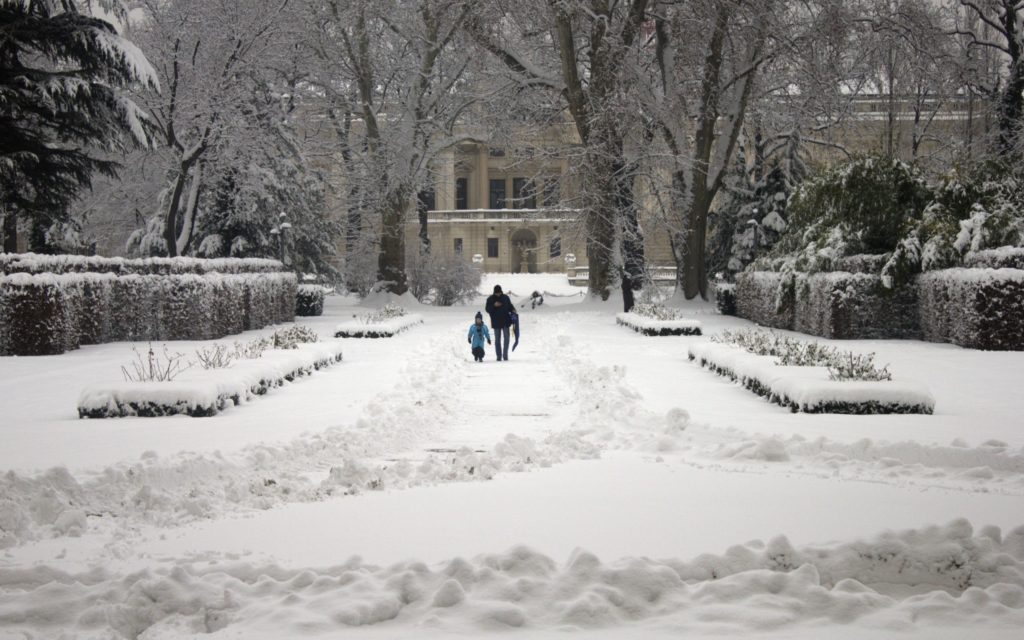 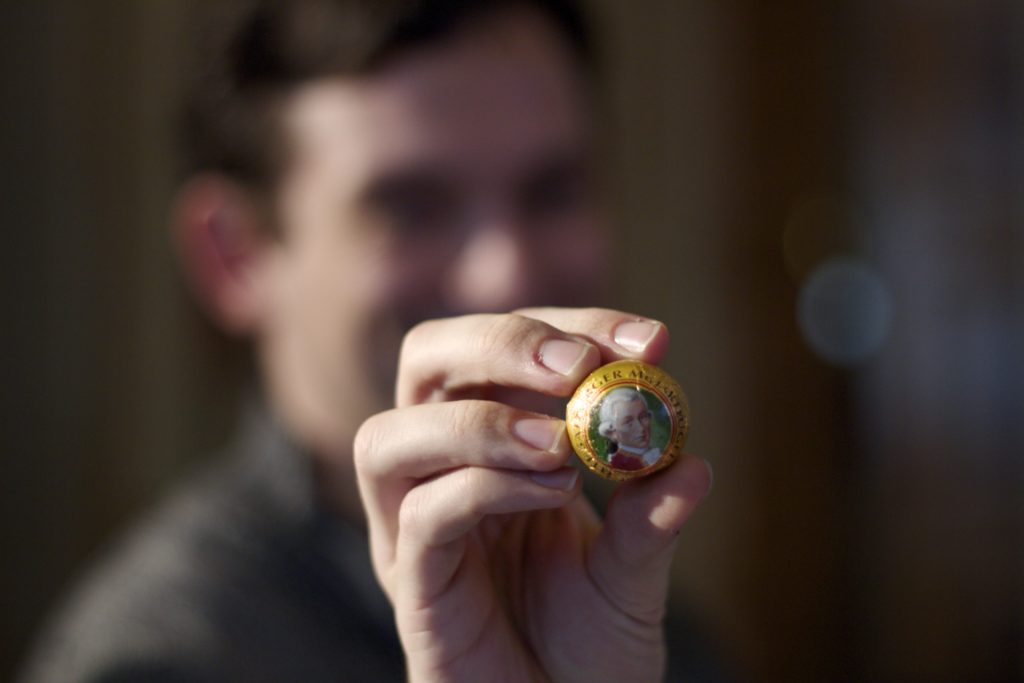 We attended a lot of very interesting and informative speeches from really bright people all around the world, most of them somehow connected to jQuery but also some who weren’t. People involved in the jQuery core or working at companies like Google, Mozilla, Opera – all being directly involved in the progression of the web. Here a summary of the talks we enjoyed the most, and at the end a conclusion about what we’ll change here at Small Improvements over the next time because of what we heard over there in Vienna.

We arrived just a tiny little bit late to the opening speech, starting our marathon of information input.

Richard D. Worth gave an overview of the state of jQuery. The most recent version is 1.9.1 and number 2.0 is around the corner. His announcement that jQuery 2.0 won’t support Internet Explorer 6-8 gave a big applaud. But he made clear that 1.9 will stay supported until the old Explorers finally faded away completely and that the APIs of both 1.9 and 2.0 are fully compatible, so that the transition in future shouldn’t be too painful.

He also spoke about about jQuery Migrate, a plugin to make the migration to the latest version easier. It adds compatibility to old versions of jQuery and warns on the console when features are used that aren’t supported by the new version. We’re planning to use it to finally do the migration to 1.9; currently we’re still on 1.7. Mainly because of the deprecation of .live() which is broadly used in our codebase.

Slides of the opening speech. 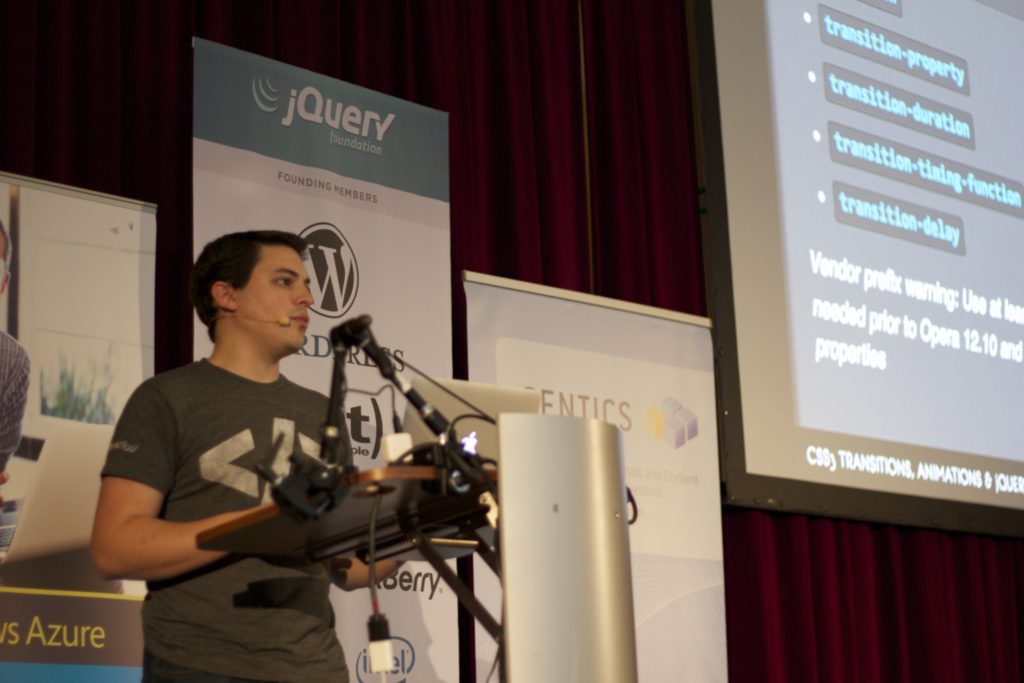 Neiner talked about best practices of using classes and selectors to achieve the best performanc to animate stuff in the UI. Like we already do, he suggested using classes to mark the state of elements (e.g.: is-active, is-visible) instead of editing the CSS of the element. This method should be preserved for cases where it is really needed, for example when objects have dynamically generated widths or positions. A strategy he talked about and we did not try yet was to dynamically add global style to prevent DOM access by JavaScript, but we plan to give it a try from now on.

Speaking about transitions, he suggested to not support them for old IE in general, because they are not important for the function most of the time but helpful for the user interface. He also encouraged the audience to use TransitionEnd.

Jörn Zaefferer: Talk to me – Making websites accessible to those who benefit the most of them

This was a sad one. We kind of knew before; Zaefferer successfully made us feel bad. For a good reason: making websites accessible is not hard and we know how to do it, but still we do not put enough effort in it. A quick test of Small Improvements revealed not a good state here. We want to change this quickly and make it more accessible soon.

Apart from stuff we already knew like using prober syntax, alt-tags and stuff he showed how to test on a screen-reader (really easy too). A new part for us was ARIA, the the Accessible Rich Internet Applications Suite. Really interesting and useful looking. 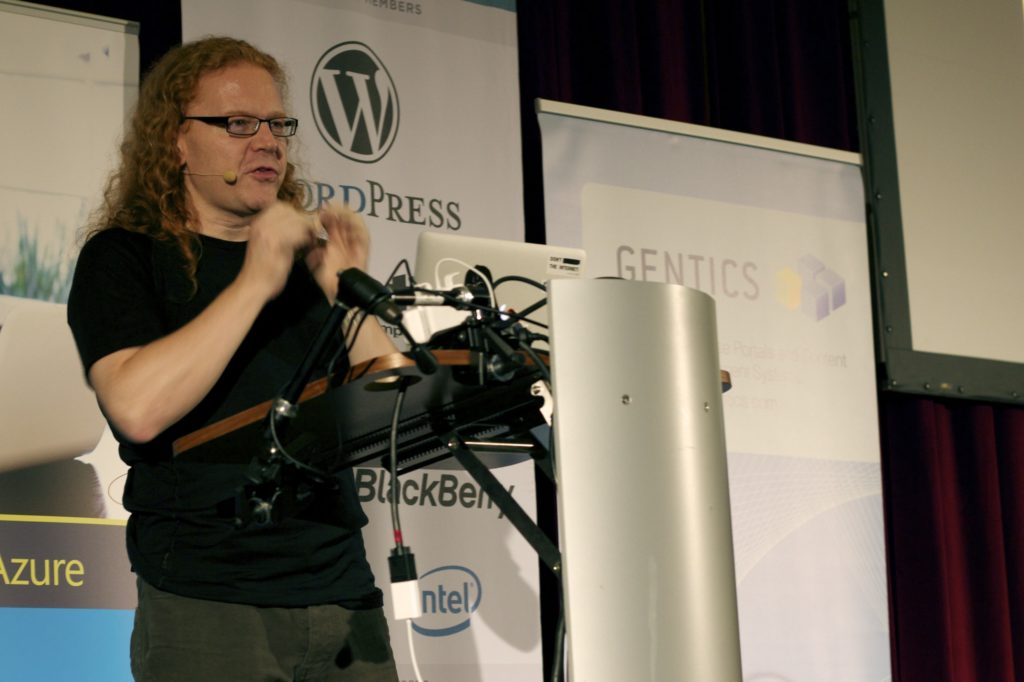 Heilmann, developer at Mozilla, held an emotional talk against the overuse of trendy tools for web development and usage of plugins when you don’t really know what they’re doing. He made quite understandable points like making websites accessible for underdeveloped countries or mobile devices by not requiring huge DSL connections and four CPU cores to display a website properly. At the same time he seemed to be a big advocate of abandoning old stuff that makes code chunky and ugly. He clearly wants a better world with better code for the good of all people. Also he warned that a new monoculture like in the big times of Internet Explorer could grow again when Webkit continues to dominate all places around, especially mobile. This even gets worse now with Operas announcement to switch to Webkit.

This day we arrived late because the tram was stuck in the high Viennese snow multiple times. Lovely to see how storeowners nearby helped to get it out there but we finally decided to switch to the underground train, because the first talk seemed to be one of the most interesting of the day that we did not want to miss. 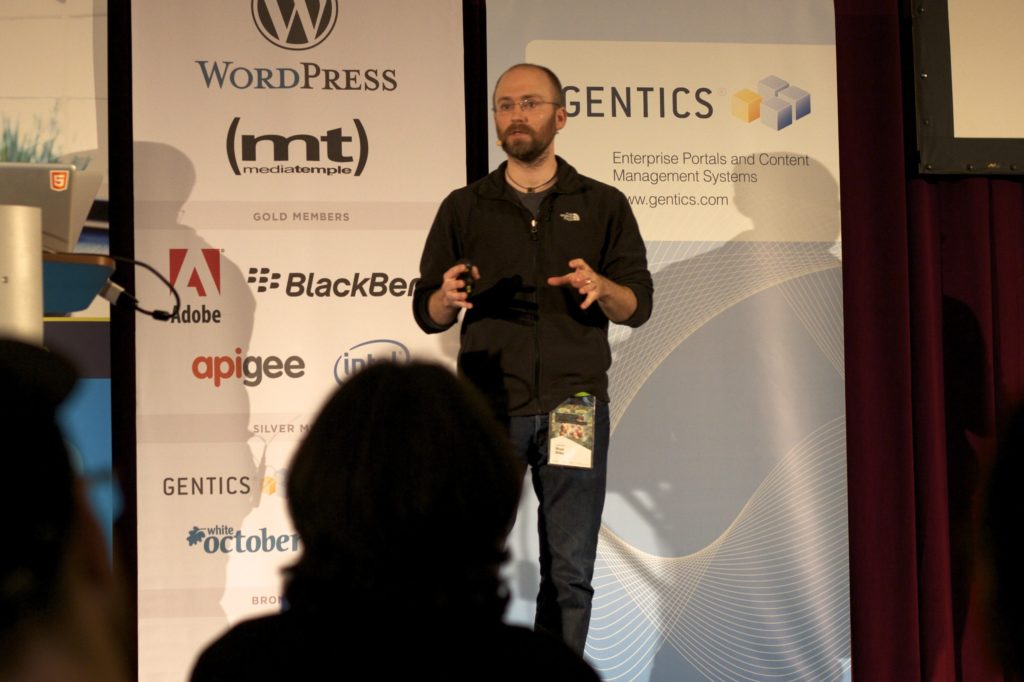 We did not expect this to be that interesting at all, but surprisingly West was a really good speaker who was able to take the attention all the time. He started with using SSL and good cookie security but then quickly then spoke about the still new Content-Security-Policy that can be integrated in the http HEAD of a document. We really liked the idea that you then can whitelist special sources for JavaScipt or CSS, and prevent XSS this way. Even scripts from within the document are blocked by default which will make it fairly difficult to use XSS then. More on this topic can be found in this article of his on HTML5 rocks. Sadly it will be potentially hard to use this technique within Small Improvements because Apache Wicket’s build-in AJAX relies heavily on in-line JavaScipt.

Looking at the title we expected this talk to be a lame talk on so called smart TVs. Those actually were the topic but the talk of the former employee of Opera Lauke was unexpectedly good. In a sarcastic manner he described the state of the Web on TV. Seems to be very terrible and we were happy that there is and hopefully will never be a need for Small Improvements on TV. 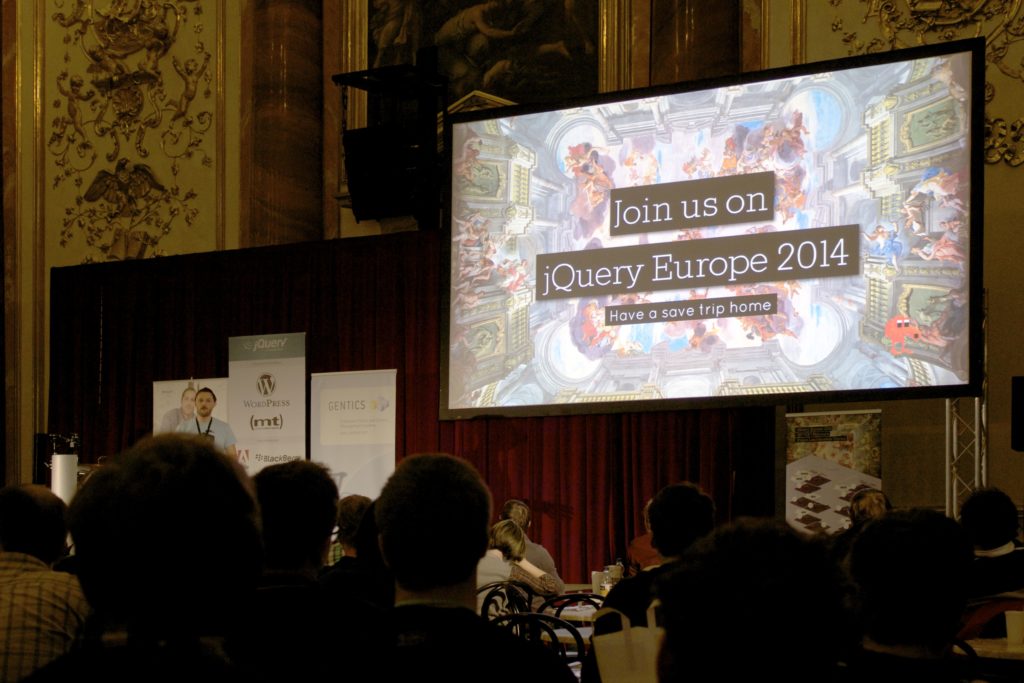 It was a really nice and informative conference with good speakers. Vienna was cold but nicely covered in deep snow. We learned a lot, got inspiration and motivation to always keep up with the standarts. A lot of the very interesting stuff was not directly about jQuery but about everything around it. The first consequences it will have on our product will be the upgrade to jQuery 1.9.1 and improvements on the accessibility.

It was worth the visit and we can really advice anyone interested to join jQuery Europe 2014.

The Static Showdown is a virtual worldwide hackathon for frontend-engineers. Hacking is more fun together – …