It was a couple of months or so ago when I came across this conference called FullStack Fest, skimming through the agenda, I was immediately intrigued and thought “I’ve got to check this out”. The coolest bit? The conference was taking part in the beautiful city of Barcelona.

September finally came around, and just as the Berlin air was getting chilly and bringing signs of the impending winter, I was flying off to the warmth of Spain. I got there a bit early and spent a nice Sunday roaming around on the streets, admiring the architecture and the history. The next day began the Backend bit of the FullStack Fest. It was interesting to step into the intricate world of the architecture of buildings one day, and after admiring it, to step into the equally intricate world of Software Architecture the next.

Sun baked and refreshed, I went to the conference, all set with a notebook and a bag of goodies from the organisers. One must collect stickers for the laptop after all. 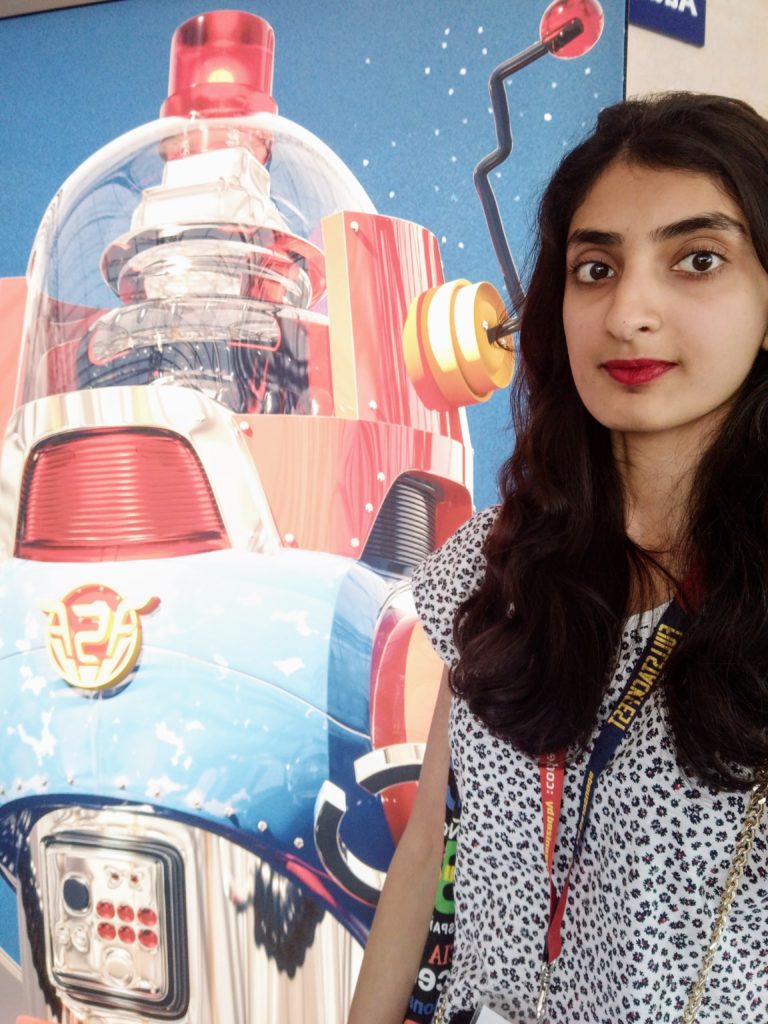 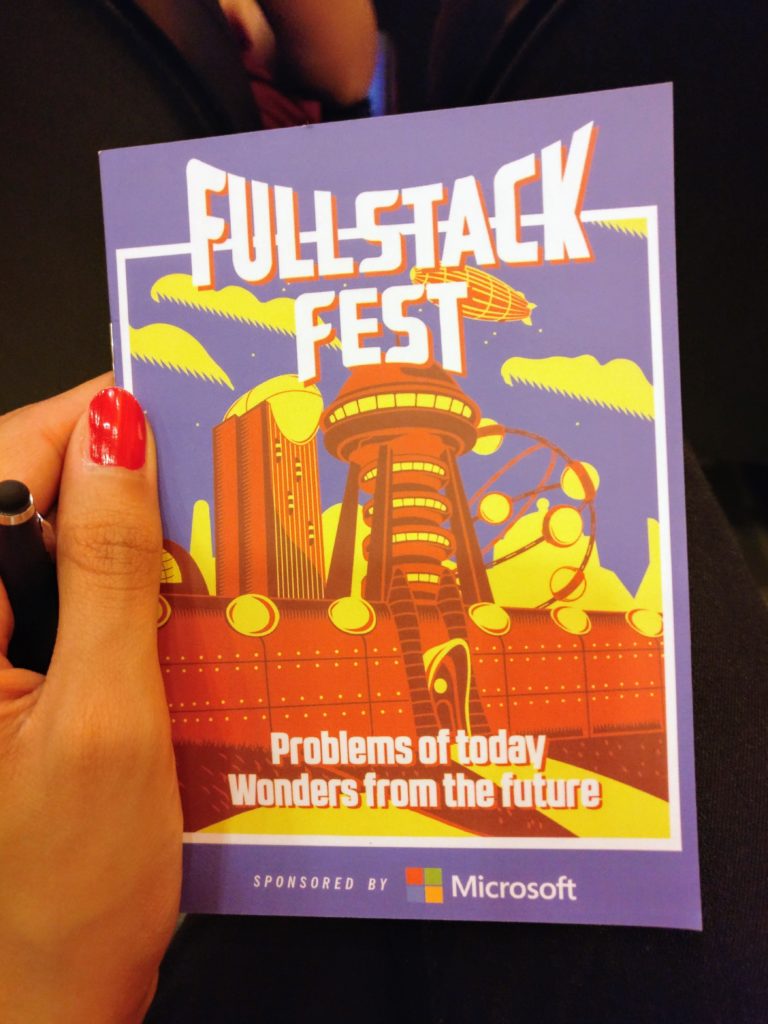 The backend days of the conference were abstractly divided into “DevOps” and “Architecture” with the topic being “Problems of Today, Wonders from the Future”. To describe the theme of the conference in a single word, I would say “Distributed Systems”.

The first talk was by Karissa McKelvey (@okdistribute). She talked about a project which would allow people to share their scientific work without the consumers having to pay for it. A common problem in research is getting access to the required data, journals, publications etc. This is so because a lot of bureaucracy, censorship and corporate licenses get in the way of open sourcing knowledge. Karissa and her team have worked on something called the Dat Project. This creates a distributed network of many data hosts (mostly universities), through which you can upload your files and download any file through a little identifier. You can access Karissa’s presentation from the conference using this little identifier (dat://353c5107716987682f7b9092e594b567cfd0357f66730603e17b9866f1a892d8) once you install the dat tool on your machine. Though this is still vulnerable to being used as an illegal file hosting service, it’s a good step towards making data and knowledge more reachable and transparent.

Following up on this was an interesting introduction to Ethereum as a way to enter ‘contracts’ without trusting a third party such as a notary, this is done by distributing the idea of trust amongst many participants. As Luca Marchesini (@xbill82) said in his talk:

With the beautiful underlying power of the Nakamoto consensus protocol that powers the blockchain and the added flexibility of Turing complete capabilities, allowing you to express the intent of your contract and its fulfilment in terms of an actual computer program, you can have the word of truth floating around in the world, verifiable and undeniable.

With the buzz words “microservices” and “serverless” applications going around, one would of course be expecting a talk on these topics. Marcia Villalba (@mavi888uy) gave a great talk on what “serverless” really means…and no, it does not mean there is no server (of course). The idea of a serverless application is to utilise the cloud and write self contained functions to do simple tasks. Some highlights from the talk worth remembering are:

Next we stepped into the world of cyber security with Dr. Jessica Barker (@drjessicabarker), who talked about tackling vulnerabilities, specifically those introduced by negligence on the part of an end user. She talked about educating users on security instead of treating them as the weakest link in the chain and ‘dumbing things down’. She made her case in light of the Pygmalion Effect, according to which higher expectations lead to better performance. A common problem when building human friendly security guidelines is that the user is treated as a dumb entity and that leads to the user acting like a dumb entity.

Frank Lyaruu (@lyaruu) then came in with an anecdote about how he wanted a swiss army knife that did everything when he was a child, and ended up with an utterly useless one. It was quite easy to see the analogy here… we have all faced feature bloat, we’ve all wanted a framework to do everything and then been frustrated with the abstractions that make customisations a nightmare. Frank introduced the concept of ‘fullstack databases’. The key idea? Identify your use case and use the right database for it. While SQL databases may work for one scenario, GraphQL would be much better in another. The take away:

A representative from Booking.com, Sahil Dua (@sahildua2305) , then told us how Booking.com handles their deep learning models in production. The problem they need to solve is that different data scientists need access to an independent environment for training. They have their training script in a container, and a container runs on every needed server. The load of containers is managed by Kubernetes. This indeed was a lesson in how to manage different containers and independent environments with very high performance needs.

As Software Engineers, we know one thing for sure, and that is that things will, at some point, fail.

Aishraj Dahal (@aishraj) walked us through chaos management. Some useful principles that he talked about were to:

The second day of the FullStack Fest began with an exciting talk by John Graham Cumming (@jgrahamc) on the Internet of Things as the vector for DDoS attacks. He showed how vulnerable IoT devices are, with simple lapses like having telnet open on port 23. These devices are exploited by sending small http requests to a server, and sending A LOT of them, demanding a large response targeted towards a victim. As an employee of Cloudflare he could shed some light on how network patterns are used to discern legitimate and other requests. Some ways to protect yourself against DDoS attacks are to install something to do rate limiting, block every entry point that you do not need and use DDoS protection tools from a vendor such as Cloudflare.

One of my favourite talks from Day 2 included James Burns’ (@1mentat) introduction to chaos engineering and distributing tracing. He began by defining a practical distributed system as one that is observable and resilient. Observability comes with tracing whereas resilience can be tested through Chaos Engineering i.e. intentionally causing a system to fail as a “drill” and having the engineers on board try to fix it without knowing the cause of the problem or even what the problem is. If you have many such drills, when real chaos hits the team will be well prepared to tackle it.

Chris Ford (@ctford) took the stage and talked about a hipster programming language called Idris which can be used to specify distributed protocols. In Ford’s words, his 10th rule of microservices is:

A distributed protocol’s specification can be tricky to get right. With a language like Idris, whose compiler checks the types, where functions are value and even types are values, the level of strictness when specifying a protocol is greatly increased and the chances of runtime bugs reduced as the compiler is smart enough to capture protocol violations. A protocol can be thought of as a finite state machine and is so specified in the Idris programming language. Be forewarned though, this is still ongoing research and definitely not production ready!

After some lightning talks and a tutorial on ‘hacking’ into systems that only exist for a few milliseconds (lambdas which are only alive for the scope of a simple execution) and then on how to defend such systems, the backend bit of the conference came to a close.

The conference was a pretty cool look into research topics meeting with the software industry and creating some innovative solutions to existing problems. Though I haven’t listed all the talks here, you can check them out on youtube: https://www.youtube.com/watch?v=_V4tGx85hUA&t=536s.

I left Barcelona having felt that I have gazed into the future of technology and seen the wheels set in motion for many advancements set to come in the next few years. Though the conference could have been even better if it had some more topics related more explicitly to everyday software development, I feel that I walked out a more knowledgeable person than before. 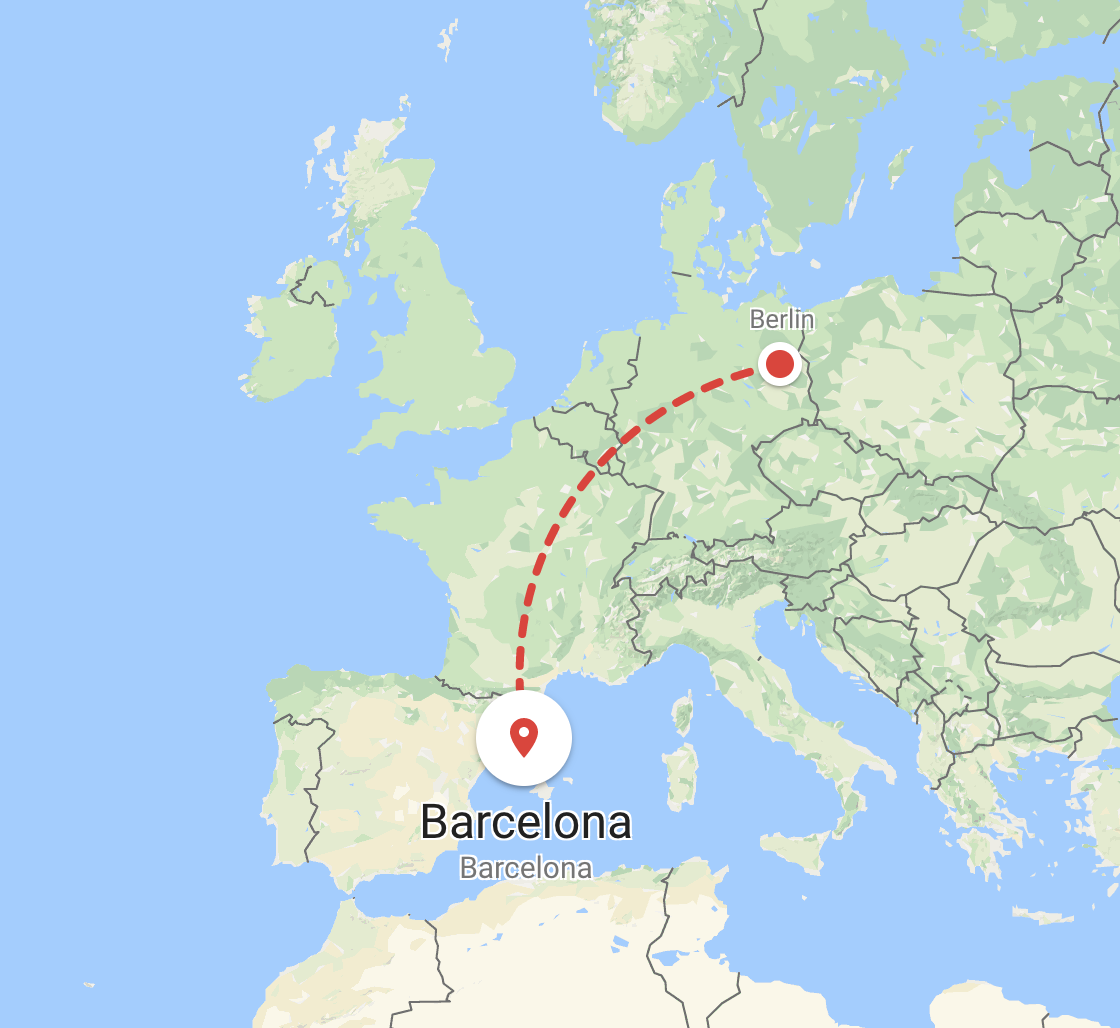 Broadening one’s horizons, beyond the scope of their job description is not only intellectually stimulating but also makes for a more content and productive mind. Small Improvements, by sponsoring this trip (and many others for their employees’ learning and development) is creating a happier and smarter workplace. I am yet again in Berlin, at my desk, ready to tackle more challenges and apply the numerous things I gleaned from the FullStack Fest. Looking forward to next conference!