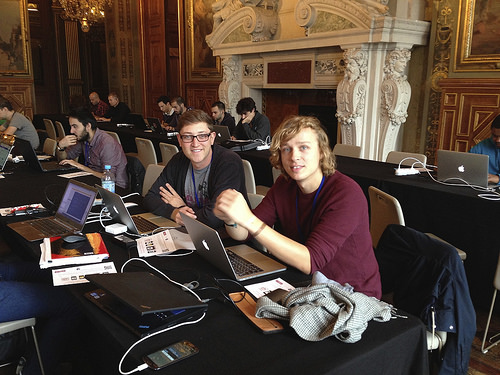 First of all ng-europe 2014 was a really great conference. Many high level talks, the core AngularJS team really accessible and awesome attendants. Many thanks to the organising team who made this event happen. We were proud to be among the sponsors!

There was so much to learn and to take home from this event, but these are our top learnings. We hope this post gives you a good entry point to catch up with some of the missed learnings.

The AngularJS team is heading for big and enthusiastic goals! Angular continues to be on the top of SPA frameworks

Details on Angular 2.0 – or – how the AngularJS team killed almost everything

One of the most wanted topics was AngularJS 2.0. There were several talks covering this topic. It is going to be a big change. Igor Minar and Tobias Bosch gave insights into the new major Angular release. Victims of the new Angular:

Stay on the safe side for upcoming Angular 2.0

While being a very big change at first glance, Angular 2 keeps many concepts and patterns from its 1.x versions. The Angular team promised to publish details and plans early, so you can stay updated. They also said there will be a migration path guideline, once more information are available. The new router for instance will be backwards compatible, so you can use it in your current project as soon as it is released.

“We are NOT building a new language”

But the team behind Angular will write the Angular 2.0 core in an extended JavaScript language called AtScript. It is based on ES5 standard, will already use ES6 and enhance JavaScript with:

The main goal of AtScript is to help larger teams build larger applications. This will include IDE support, like code completion, spell-correction and reference lookups.

Important note: You can still write your Angular 2.0 application using basic ES5 JavaScript or Dart. AtScript will be transformed to JS and Dart.

There is no “the angular way”

AngularJS apps are “just” software, and so all patterns for building clean and maintainable applications do apply! It is a powerful framework, but there is no just clever code magic behind it. Angular does a great job to push you in the right direction by introducing DI and easy testability. 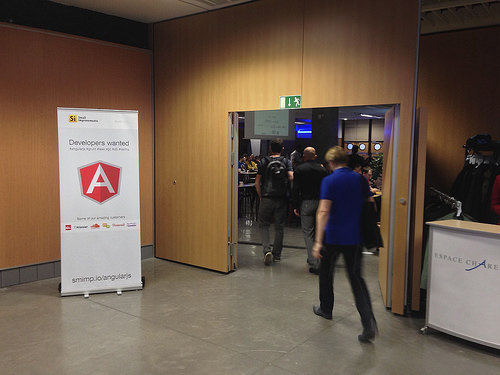 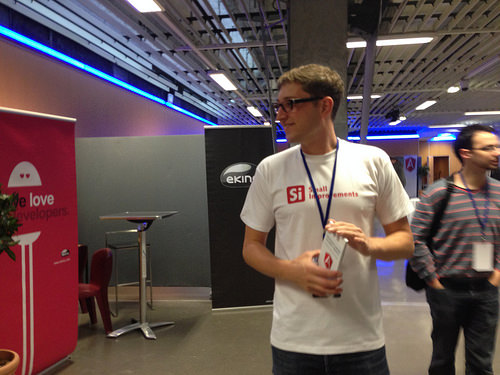 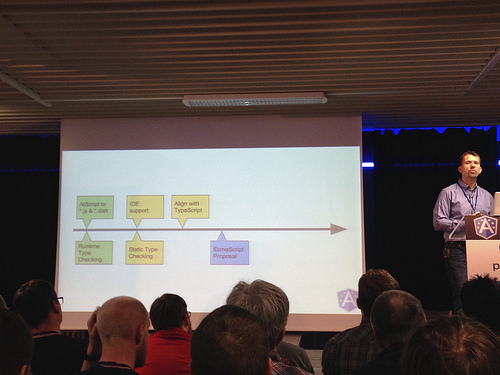